Our Slow Route or Phonological Decoding reading test is structured similarly to the Common English Word or Fast Route test. We present your child with a maximum of five sequences of four nonWords, totalling 20 words. These are words that look like English and can be pronounced in a manner that makes them sound like English, but do - in fact - not exist.

Why do we do this. If you experienced the reality of the Fast Route and Slow Route reading systems and have read in that article how the Slow Route fills the Fast Route, then you will likely understand why. Presenting your child nonWords ascertains that we know that your child will be reading those words with their Slow Route or phonological decoding route. Which is precisely what we seek to measure. The presented words gradually progress in five steps from three-letter nonwords to seven-letter nonwords. The seven-letter nonwords consist of multiple grapheme/phoneme combinations. We again measure the speed in which your child is able to decode these words, as well as the demonstrated accuracy.

An example of a properly functioning Slow Route.

The graph to the RIGHT shows an example of a demonstrated average seven to nine year old Slow Route or phonological decoding performance. The bars may vary in length a bit, but overall the child demonstrated to be able to decode all presented nonwords. The demonstrated NonWord Reading Performance Indicator (NW RPI) is 104% of seven to nine year old peer average. The Average Thinking Time per word (AveT) was 3.26 seconds, which is slower than one would see in a 100% performance on the Fast Route. This is logical, as Fast Route reading is "Fast" and decoding is intrinsically slow a laborious. The demonstrated Average Accuracy (AveA) in this exampe is 0.90 equals 90%, meaning that 90% of the nonwords were phonologically decoded or sounded out correctly.

The background red/yellow shading is there for us. When we see a child inch into the yellow (dropping with their NW RPI below 70%) we start to carefully look and consider whether or not a child could be helped by Dynaread remediation. The child's background information (if supplied), age, previous remediation and of course the Common English Word reading are all considered.

A demonstrated performance or NW RPI below 45% is generally a sound indication that this child would benefit from Dynaread - if the previously mentioned considerations do not suggest otherwise.

An example of underperformance of phonological processing or slow Route.

The graph on the LEFT presents a classic example of an underperforming Slow Route. This child timed out after the second group of four words, meaning that the average thinking time in the last presented group of four averaged in excess of 7.5 seconds per word. Overall demonstrated NW RPI was 22%, meaning that this child's demonstrated ability to decode nonwords was only 22% of that of seven to nine year old average readers. Average Thinking Time was 4.6 seconds/word and the accuracy was demonstrated such that 63% of nonwords were decoded and pronounced correctly.

If not remediated, a performance as demonstrated in the graph (below) traps a child on a dead-end road. Too few words ever make it into the Fast Route reading system, causing these selfsame words to be experienced as new words over and over again. As the Fast Route or mental dictionary never gets properly filled (or is filling up much too slowly), the child will lack reading fluency and accuracy. This - in turn - results in little reading comprehension. And when comprehension lacks, reading becomes a meaningless activity. If a child does not get anything out of reading, why would they read? It is painful, embarrassing, frustrating, and they don't get anything out of it in terms of comprehension, so why bother. This logic introduces a negative spiral which needs to be addressed through effective remediation.

Let's get your child reading

Pricing is heavily subsidized — We NEVER leave a child behind

Dyslexia is a specific learning disability that is neurological in origin.

It is characterized by difficulties with accurate and / or fluent word recognition and by poor spelling and decoding abilities. These difficulties typically result from a deficit in the phonological component of language that is often unexpected in relation to other cognitive abilities and the provision of effective classroom instruction. Secondary consequences may include problems in reading comprehension and reduced reading experience that can impede growth of vocabulary and background knowledge. 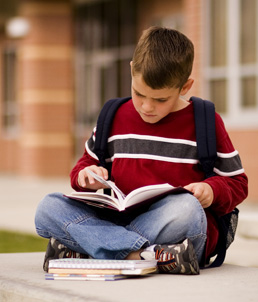