Dynaread has been developed on the grounds of reputable science research. It would be irresponsible if it were not. Within Dynaread we operate under a strict rule that anything we say or do must be based on scientifically researched and evidenced input. To reflect this, please note that we are constantly adding more and more science papers online in our public Dynaread Online Library.

Our research aimed at helping older children with dyslexia (age seven and older) led us in particular to the Dual Route Cascaded model of Dr. Max Coltheart PhD. That work and understanding, which has reached consensus in the field of Reading Science, gave birth to the core of our present remediation for older struggling readers who are impaired by substantial levels of phonological processing difficulties despite adequate phonics-based remediation.


Risking gross simplification, our approach cashes in on the resident verbal language skills of the student: mapping orthography with the already present information in the child's verbal language realm. We sequentially build a student lexical route vocabulary through extraction of each unique word from a series of lesson texts at par with the verbal language skills of these older children. We then use priming and memory-storage techniques from the field of cognitive neuroscience to accurately map the orthography of this word whilst coupling it with accurate pronunciation. In three short sessions, typically completed within two days, the student is subsequently presented the source text from which these words were extracted. Reading this text fluently, intrinsic motivation is recovered, whilst the lexical route storage is expanded with the necessary accurate context, semantics, and syntactical information.

Through a series of 195 lessons, grouped in 45 groups covering very interesting subjects, we bring the child to a fluent reading level of 3,620 words. When intrinsic motivation and trust have been firmly established, we introduce additional phonics exercises based on curriculum words. We observe very promising results: Effective functional fluency and automaticity, as well as repairs in the grapheme/phoneme decoding skills.

Are there any Dynaread design considerations relating to other learning disorders or learning disabilities in children? 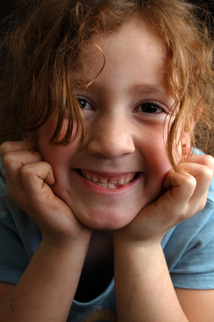 Research in learning disorders has shown that learning disabilities in children often overlap. Children with dyslexia may demonstrate so-called comorbidities with other learning disabilities such as dyspraxia, attention deficit disorder (ADD), attention deficit hyperactive disorder (ADHD), obsessive compulsive disorder (OCD), and Tourette's syndrome. Further, though dyslexia is unrelated to IQ—meaning that there is no causal relationship between dyslexia and low intelligence—dyslexia does occur in children across the entire IQ range.

Dynaread offers an array of possible customizations to adapt the functioning of the program to the specific child. Some of the adjustments are dynamic and controlled by the program's artificial intelligence. Others are selectable pre-sets activated or deactivated by Dynaread's resident academic staff. Customizations and adjustments relate to functioning in auditory temporal processing, working memory functioning, visual processing, mental chronometry, and multi-tasking.

These features are of particular value to schools working with Dynaread, allowing special services teachers to offer reading remediation to as many children as possible.

Could you name some of the specific techniques Dynaread uses to help children with dyslexia?

As Dynaread works heavily with the Fast Route reading system, extensive use is made of different evidenced cognitive neuroscience techniques to enhance the child's ability to commit new materials to memory. Naming some of these:

Please note that these techniques operate completely passively: They do not require any additional effort or input from the child.

Dynaread is patented and has international patents pending. You will be able to see in our offering of grants (up to 75% off the listed price) that our motives are strictly to protect our substantial investments.

Yes and no.
Yes, we have accumulated significant anecdotal evidence—evidence from the many students working with Dynaread—to declare that Dynaread helps children who demonstrate moderate and severe dyslexia. We also routinely enroll children who failed to adequately obtain reading skills despite remediation with evidence-based programs (incl/ Orton-Gillingham).

No, in terms of formal scientific evidence we are not yet evidence-based. We are in the process, but proper research takes much time and many resources.

Important: It is also very important to realize that most evidence for evidence-based programs is based on relatively short trials, with light to moderately dyslexic children of a young age. Such realities are truly a WORLD apart from the realities of remediating a nine or ten year old with severe dyslexia. It is actually tragic that improper evidence is routinely used as a commercial argument to sell costly "evidence-based" methodologies which sadly will have little positive effect on the average older struggling reader with serious levels of dyslexia, of the type of candidate who form the majority of students we at Dynaread serve.

You may also want to read this short article: Science-based, Research-based, Evidence-based: What's the difference.

Based on our extensive field experience, we have many reasons to believe that research projects will result in solid evidence for the validity of Dynaread. We have very strong anecdotal evidence for the program and are deeply grateful to get feedback on how well the program performs in both private and school/institutional use. Read our user reviews.

Don't let your child continue to struggle. Together, we can make a difference!

Let's get your child reading

Pricing is heavily subsidized — We NEVER leave a child behind

I just wanted to let you know that Aiden is loving the Dynaread program and enthusiastically works at it two times a day. He is proud of his progress and finds the topics interesting. We are currently using it exclusively as his language program and supplementing it with additional cursive work using the readers as the written text.